Henry is a four-year-old boy whose cream-colored coat is set off by his tan ears and tail. He is very affectionate and loves a good snooze on the couch, snuggled up to his person. When he’s not napping, Henry is a very active little athlete. 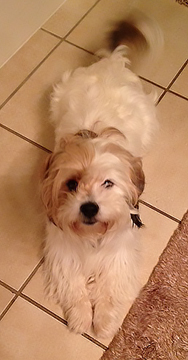 Henry is house trained and leash trained. He does not like being crated, but he has been a perfect gentleman in the house, so he hasn't been crated other than for transport. Crate training might be beneficial, but it is not an absolute necessity since he shows no signs of destructive behavior. Henry appears perfectly healthy, down to his pearly white teeth! 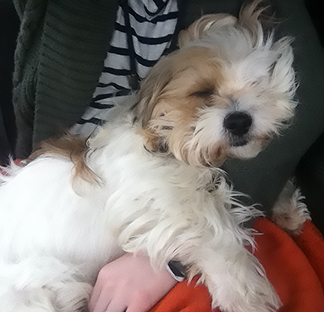 Henry is good with older children; we don’t know how he interacts with little kids, though. He likes other dogs, and he enjoys playing games of chase with his foster fur-sisters. Henry also likes playing chase with cats (although the cats seem less enthusiastic). He also loves his squeaky toys! He's not aggressive at all, he just likes to play hard. When he has had enough exercise, he settles down nicely.

Henry would do well in a home with another dog or multiple dogs, but he might be happy as an only dog, too. He wishes for someone who will play with him a lot, especially if squeaky toys are involved! He would like to join you on your couch for snuggle time. He enjoys sleeping on the big bed but also is content on his blanket next to the bed. He needs his play time and exercise but is not overly active. He loves to play with other dogs but can be a little rough (think bumper cars!), so a canine companion should be ready for this! 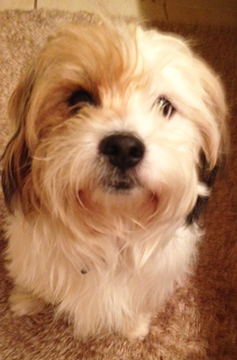 HENRY is being fostered in Texas.