What a darling face! Cody has an equally delightful personality to go along with a face that begs you to rub his ears, scratch his tummy and toss a toy for him. He’s a happy, active, fun-loving little guy who really enjoys running in the fenced back yard at his foster home. He has a lot of energy and needs time to run, play and explore. 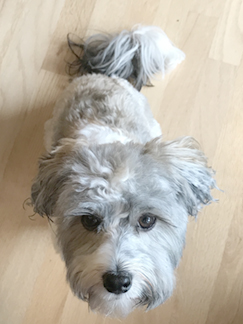 At only eighteen months, Cody has several hobbies. He loves taking walks. He also puts his toys through a rigorous work out, first shaking them up, chewing them and then chasing after them when you toss them for him. Cody also likes to steal socks (he’d love to start up a collection, but someone always takes them away) and loves to sit on the sofa while his foster parents watch TV.

Cody’s favorite thing in the world is to spend time with his people. He bonds quickly to his female caregiver, but he takes a little while to warm up to men. Cody loves children, especially girls. He is happiest when he’s close to people and has a difficult time when he’s separated from them, even if they’re in another room in the house. He’s working on this behavior so he can be more comfortable when he has to be alone. 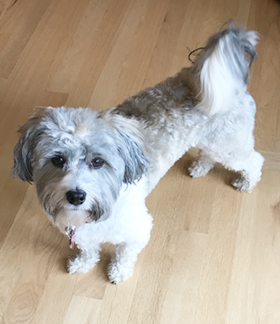 Cody is working on house training as he was taught to be paper trained in his previous home. His foster mom tells us that Cody is very smart. He learned to use a doggie door in only two days, and has even gone through it on his own to go outside to do his business. Cody is working on a few tricks as well. He thinks just sitting is the hardest, but that’s because he likes to be on the move. He loves going for rides in the car, too, so if you want a traveling buddy, he’s your guy! 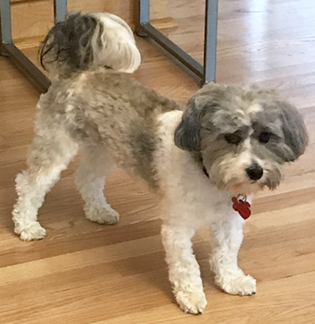 Cody has a wish list. He really needs a home where someone is there most of the day. He loves to be with his favorite person, and bonds quickly to 'the female in charge'. He needs affection, affirmation, and lots of exercise. Most of all . . . Cody needs stability in his life. He’ll repay your love and attention with undying devotion.

CODY is being fostered in Virginia.