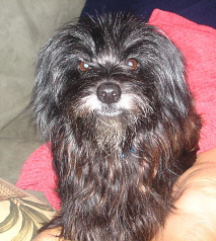 Missy was removed from her home by the police and turned into the local animal shelter. Because she was blind from cataracts in both eyes, the shelter placed her in the "hospital" section. Terrified by the noises and smells of the shelter, Missy did not do well. She was not considered adoptable. Then HRI got involved. 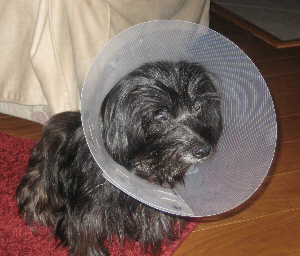 Missy had surgery to remove the cataracts in both eyes. It was completely successful! She's now able to see and is loving life! She plays with her Havanese foster brother and loves everyone she meets. Her foster mom calls her a "love sponge." Missy's future looks much brighter because of HRI and our supporters. 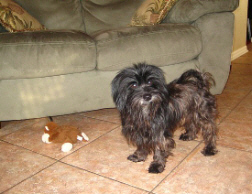 Missy's forever family will need to give her daily eye drops and provide regular check ups. She'll repay them with love and devotion. Maybe she's just the dog you've been looking for!