We regret to report that Chase (renamed Charlie by his adoptive parents) crossed over the Rainbow Bridge Sunday, July 16, 2017. His mom wrote:

"I just wanted to let you all know that Charlie is no longer with me - I helped him cross the Rainbow Bridge on Sunday, due to a blood clot that caused paralysis and pain. He is at peace now, but my heart is broken. For such a tiny little guy, he sure took up a big space in my life and heart! I am going to try to focus on all the happiness he brought me and not the fact that I could not fix his heart defect, no matter how much I wished to. I've attached one of the last pictures I took of him, on July 5, playing with an ever-popular mini tennis ball - I keep finding them everywhere ... : )" 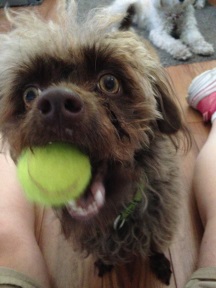 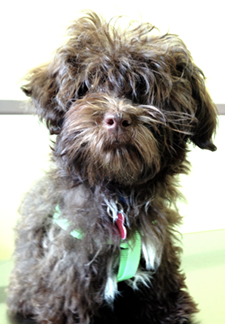 Chase is a 9-month-old puppy who quickly worked his way into the heart of his foster mom and dad (as well as everyone who meets him). He happily explores the home and yard of his foster family and plays with stuffed toys as well as his foster siblings. This charming little pup has even convinced the family cat to play! He loves his foster parents and does his best to stick close to his foster mom. He wouldn’t want her to get lonesome, after all!

Little Chase has bursts of energy, but tires fairly quickly. He has a very serious heart problem and is under the care of a cardiologist. Surgery was attempted in mid-October to correct a valve in his heart. Though his balloon valvuloplasty procedure did not have the desired outcome - the valve in his heart that is faulty was not opened as we'd hoped, he has grown and is as spunky as ever! He is a sweet, loving, playful, exuberant little fella. He loves to chase small, squeaky tennis balls and will even toss them for himself if he can't find a human to do it for him!

Because of his heart problem, Chase won’t be available for adoption for several months at least. In the meantime, he’s reminding everyone who meet him that puppies are fur-covered love and that there’s always time for a cuddle on the couch or another squeak of a toy. All of us in HRI are hoping this darling little guy gets a chance to live a long and healthy life. 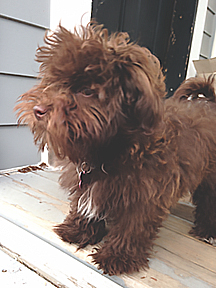 CHASE is being fostered in WA. 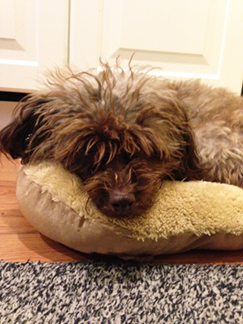