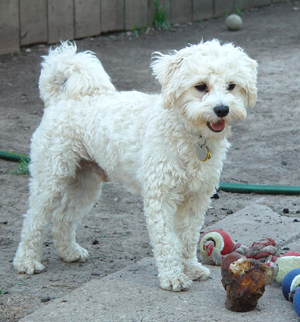 God called Beasely home today.  He bolted out his new front door several days ago and after several sightings everyone had hopes of him being reunited with his wonderful new family.  That was not to be.  Just as people were beginning another search Beasley was discovered alongside the ravine, his spirit having gone looking for all those who've gone before him.

All of HRI sends prayers and love out to his foster home humans, those who were just getting to know him in Arizona, and mostly to little Beasley to comfort him whilst on his new journey. 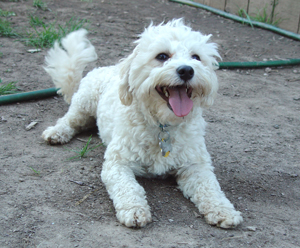 Remember:
Beasley is loving life with his foster family. This young Havanese mix was left at a shelter with 5 other Havanese/Bichon dogs. Though he'd had very little health or grooming care in the past, he's quickly taken the lead of his foster siblings who've been happy to show him all the important things about living in a home with a family. He loves attention, ear rubs and treats. Falling asleep on a lap is the closest thing to heaven this little guy can imagine.  Beasley is working on his house training and basic manners. He's eager to please and loves playing with his canine foster brother, especially the youngest Havanese in the family.


Beasley has been neutered and vaccinated and appears to be in very good health. He's also had his first grooming extravaganza; everyone was a bit surprised at just how white he really is when the years of filth were washed from his coat. This boy's ready wag and his growing trust in the kindness of hands is a testament to his sweet nature despite the neglect he faced before coming to rescue.