Tucker is being added to the web site a bit late, since we just had an update from his adoptive family.

Tucker was a little guy dropped off in the overnight box at Lee County Animal Services in October 2007. He was so matted that when they groomed him, his coat came off in one piece. They put it on display at animal services along with a poster showing before and after photos. 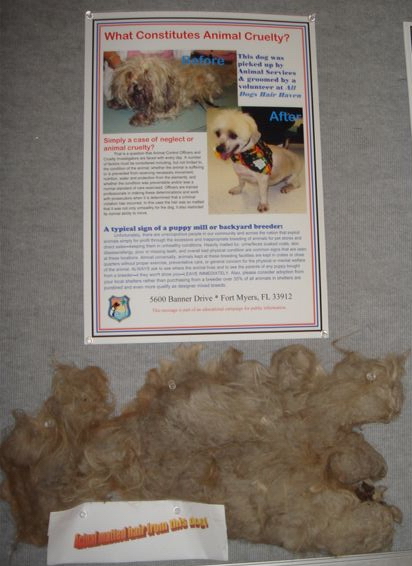 His adoptive Mom says: This little guy is the best dog I think we have ever had.  We love him sooooo much.  He is a big ball of fluff and everybody loves him. I brush him often, but haven't cut him yet (except for his belly, feet and face).  I am just afraid to mess up his beautiful coat.  Talk about a lap dog - he's either on mine or Merle's when he is here.  He loves the water - we take him kayaking, boating - he has a good life. He gets plenty of exercise, usually walk around the mountain which is 1-1/2 miles each day. We can't thank you enough for making sure he was placed in our home. 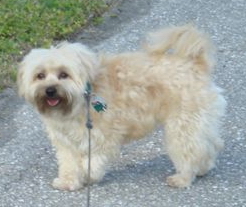 Tucker's sad story...with a happy ending...is a perfect example of how important proper grooming is. Can you imagine what this poor little guy must have felt like under that matted and filthy coat. He sure looks better now!