We are sad to report that sweet Shane has passed away recently. His listing below tells us why his family loved him so much.

Shane is a beautiful white and cream, neutered male Havanese who will be eight years old in August. He weighs 15 pounds. Shane should have been named “SUNNY” due to his happy disposition. He is a sweet and loving dog, always willing to be petted or hugged. His tail is constantly wagging, and he looks like he is always smiling. Under his beautiful coat, Shane must have Velcro because he is attached to his humans.

Shane is great with humans of all ages. He is being fostered in a home with a ten-year-old and an eighteen-year-old girl, constantly being introduced to many children. Shane is friendly and loves everyone he meets. He hasn’t met a stranger yet.

In addition to his humans, Shane is being fostered with three other dogs, two of them HRI rescues. Shane immediately adapted to the personalities of the dogs; he knows which one loves to romp and run around and which one likes to cuddle. Shane loves stuffed toys, chew bones, plastic bottles and has discovered the fun that he can have with toilet paper! 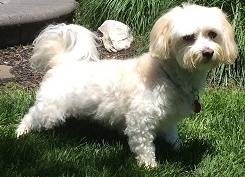 Shane needs his humans to be loving and nurturing to him; most importantly, his humans need to take care of his Diabetes.  Shane’s insulin 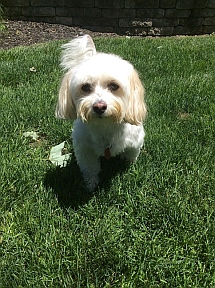 levels are well controlled.  He eats a food specific for his condition and is given insulin injections twice daily after his meals.  Shane is such a happy dog that a treat during his injection is all he needs to keep him happy.  He even wags his tail during his injection!  Providing plenty of fresh drinking water, a regular eating schedule and regular potty time outside are especially important in helping manage Shane’s Diabetes.

Shane would love a family of his own.  He is considered a Velcro dog so he thrives on someone being home with him.  He is crate trained but will do best if he doesn’t spend extended time in one.

SHANE is being fostered in MD. 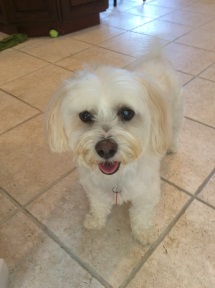