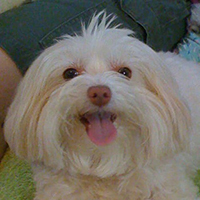 Nicky had a wagging tail that could have generated power for any small to medium-sized island nation. He wagged when you looked at him from across the room and even in his sleep, before he grew deaf, he would wag if he heard the word “adorable”. He knew we were talking about him. He knew he was treasured. 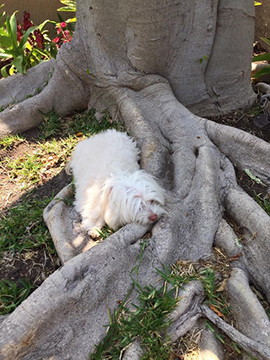 Nick Nack was the first dog I’d introduce to my foster dogs when they came home with me. I could count on him to say hello nicely and ease their anxiety with some good doggie social cues. He would be the first to lie down next to the newcomer and accepted even awkward invitations to play and he was quick to share the time honored skill of tension reduction through paper shredding. Some foster dogs took this a step too far and shredded a paperback or two, but Nicky stood by their side and said it had been a necessity— you just had to be there. 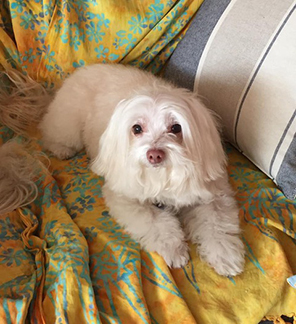 But where Nicky truly shone was in his loving ways with his people. In snowy Wisconsin he perfected his lap-warming abilities. He kept close watch so we never got lost whether heading to the kitchen or the bathroom and he was an excellent time keeper, reminding me it was time for dinner even if all the clocks stopped working or Daylight Savings Time was messing with the world.

Nicky was always the first to offer comfort to both his human and canine family members. When a sister or brother were ill, he slept next to them protectively in the dog bed. He nursed his human through numerous surgeries, staying devotedly by her side and miraculously never getting under her feet, something his oldest sister has never mastered.

Little is known of Nicky’s history before he came to rescue. We know his owner died and her husband brought Nicky to animal control, not a shelter. His only way out was through a rescue group because animal control in that southern Illinois town did not do adoptions. His path to a new life came from a rescue volunteer who saw him there and contacted a friend of Lu’s in WI and passage to Havanese Rescue Inc was secured. 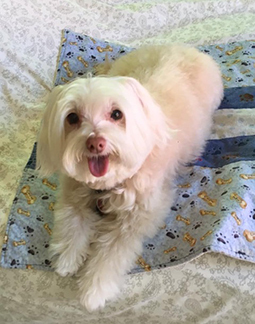 Nicky became part of the Wyland clan when Lu offered to pet sit while his family was on vacation. Nicky quickly worked his way into the heart of his very own girl, Clarity, by sitting on her shoulder like a parrot. Because he was very underweight at only 5 pounds, she could have forgotten he was there except for his frequent sniffs of her hair and his heart beating in her ear.

Nicky got to travel later in life, first to Belize where he was an island boy who walked on the beach trying to catch both birds and crabs. Later he and his family flew 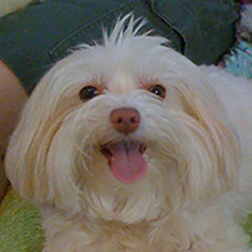 to the mainland where he and his hairy sisters supervised a drive across Belize and into Mexico where he traveled for 3 days to his retirement home in Lake Chapala. He loved patrolling the yard and garden in his home in Vista Del Lago and typically kept watch over the home from the back of the sofa with his little brother Cooper. 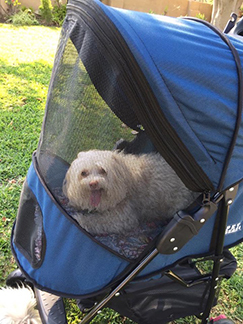 Nicky loved deeply and without reservation despite space or time. It’s only in knowing this that his mom can bear his death. His love is still here and with the slightest imagination, she knows the feel of his silky ears and head under her hand and the soft flicker of his tail when he felt her touch. He will be forever missed, but mostly forever loved. Nicky, your memory, just like your life, is a blessing.